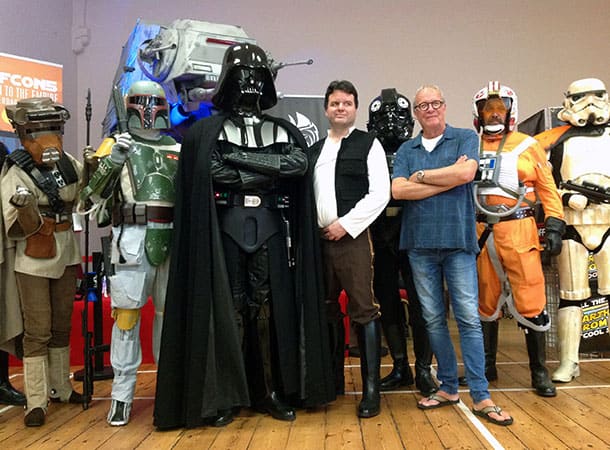 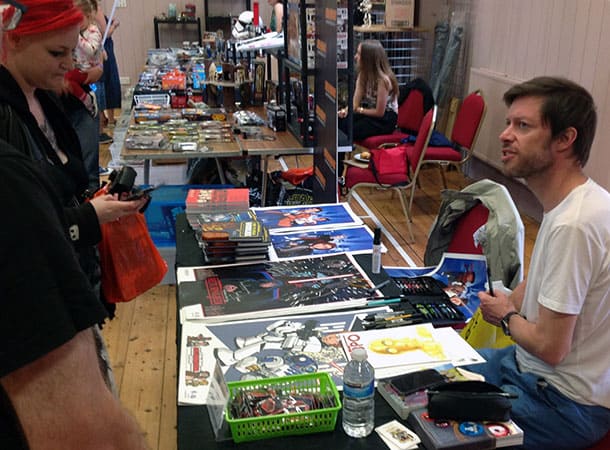 The event, which occurs three times a year at the Town Hall, was organised by toy and collectible store All The Cool Stuff.

Split over two days for the first time, Saturday’s Fun Day included special guests actor Paul Blake, who played the ill fated bounty hunter who tried to capture Han Solo in Star Wars, artist and illustrator JAKe, who signed copies of the popular children’s books he worked on and Phoenix Command, the team behind the amazing costume characters, props and the Star Wars Virtual Reality exhibit. 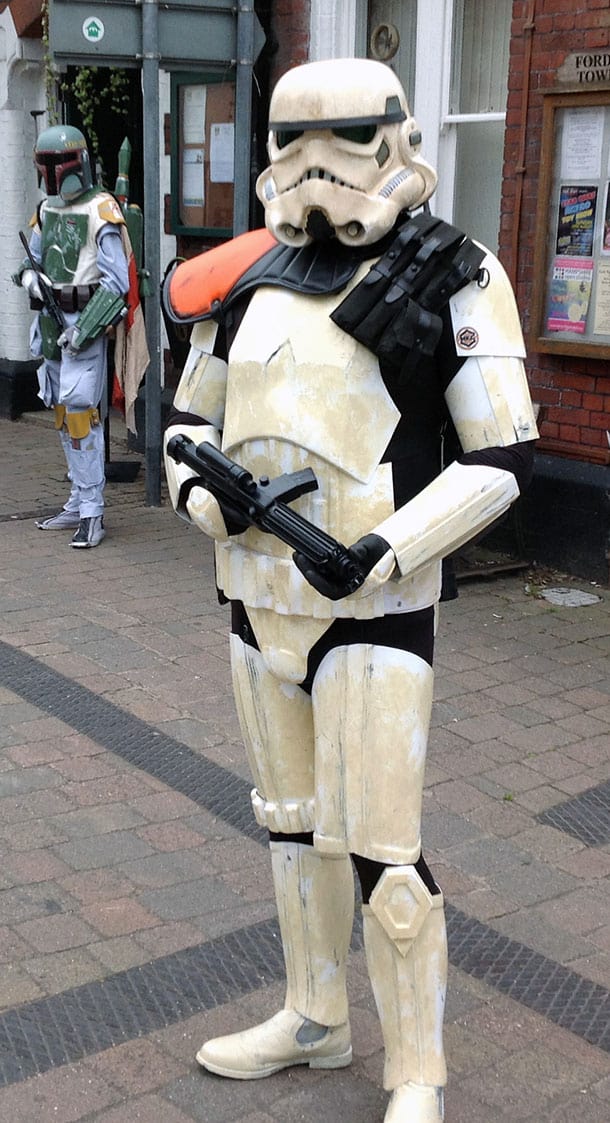 The theme on Sunday took visitors back to the late 70’s and early 80’s with a toy fair based on all the merchandise from back at that time.

Owner of All The Cool Stuff, Dave Tree, says “We have been running the show, called Farthest From, for a few years now and it has gone from strength to strength each time. Everyone that comes has an amazing time and with new films being produced each year, it brings a whole new generation of fans.

The event does much more though that we are very proud of, last year the events in Fordingbridge raised £1,230.00 for children’s cancer and leukemia charity CLIC Sargent.

Every event brings a local economic boost that most are unaware of. All local accommodation in Fordingbridge and surrounding areas is booked out each time where fans make the pilgrimage three times a year, businesses providing food and drink services hugely benefit as do several other retailers. 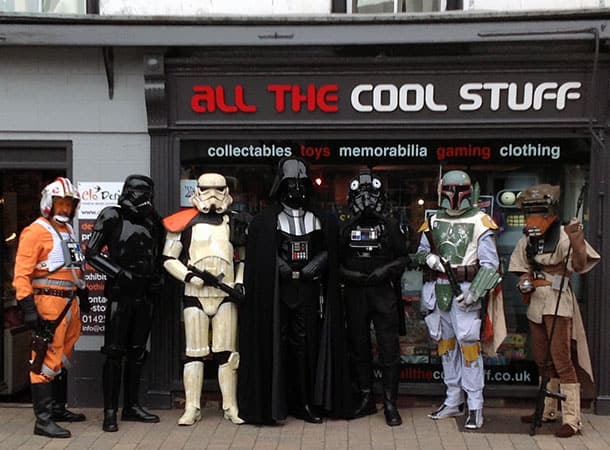 We are coming up to our seventh year in Fordingbridge and All The Cool Stuff has a strong ethic of not only supporting local business, investing approximately £6,000 each year of its own turnover back into the High Street’s other retailers and services, but also creates an opportunity for other businesses to benefit from the work it does in events three times a year.

Fordingbridge has a great choice of several small venues to run events, and with Salisbury, Bournemouth and Southampton all nearby it makes an excellent central location to draw crowds to anything that is happening in the town.

I would love to see Fordingbridge shine with events every weekend and openly invite other local business to see the benefit that this brings.”

The next Farthest From Star Wars event by All The Cool Stuff is 10th & 11th of December.