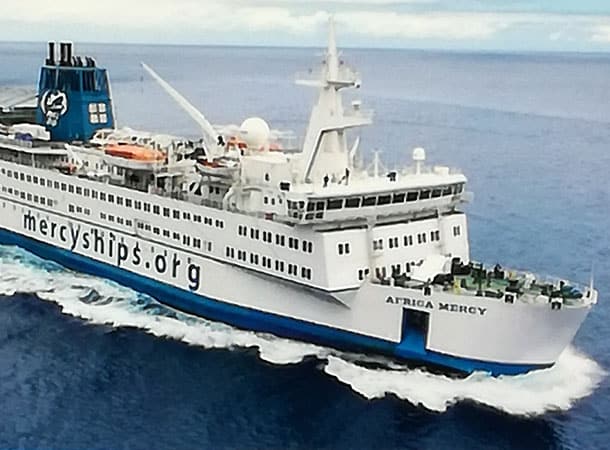 Last Tuesday, 12th January 2020, during the height of lockdown, members of Fordingbridge Rotary were treated to a talk by fellow Rotarian, Peter Montgomery from Weighton Wold, via the medium of Zoom.

Peter has been involved in the concept of “Mercy Ships” since 2011, along with his wife who is a volunteer nurse on one of them.

“Mercy Ships” is a fleet of (two) hospital ships, which are equipped to undertake a multitude of surgeries, including removing tumours, cleft palates, cataracts, and various forms of orthopaedics. 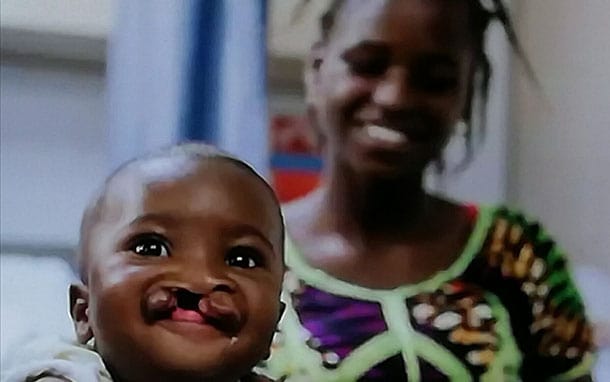 “Mercy Ships” founder, Don Stephens, realised that over 50% of the World’s population lives within 100 miles of a major sea port, and that a hospital ship could therefore deliver health care very efficiently to a large number of people.

One of the attached photos depicts both ships, the original, and their newer ship.

Both are old Norwegian ferries, which have been fully fitted out as hospital ships, with a multitude of operating theatres.

No-one gets paid (except the Captain, who is paid $1 per annum, for legal reasons).

Since “Mercy Ships” started, no less than 56 third world countries have been visited, and literally, millions of patients have been helped.

Since the organisation recently purchased its second ship “Global Mercy” (the first one is named “Africa Mercy”), it needs more people and more money.

For further details, or if you would like to join us, do contact Fordingbridge Rotary, via the websites below.