You are here: Home / News / Military parade in Lyndhurst to celebrate council granting of Freedom of the New Forest 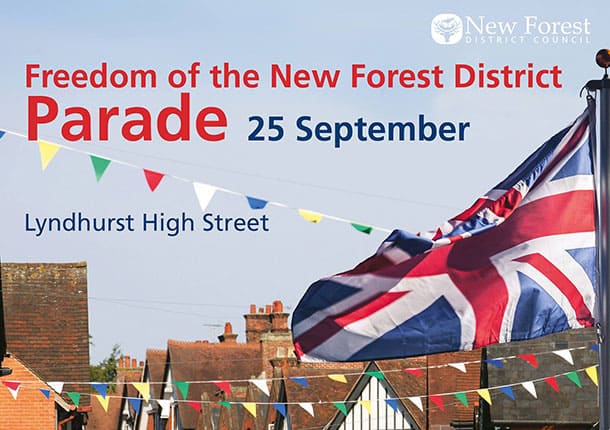 The regiment is based at McMullen Barracks, Marchwood. At the ceremony at NFDC’s Appletree Court in Lyndhurst, Chairman of the Council Councillor Godfrey Beck will award the Freedom to the regiment’s Commanding Officer, Lieutenant Colonel Kirsten Dagless RLC. The ceremony will also include an inspection of the troops and music from the Band of the Royal Logistic Corps. Deputy Lieutenant of Hampshire, Brigadier David Harrison JP DL, will attend the event along with senior members of the Army and NFDC.

Following the ceremony, more than 200 members of the regiment will march through Lyndhurst High Street along with the Band of the Royal Logistic Corps. The public are invited to line the High Street and support the Regiment and RLC band as they parade.

The route will begin at the Beaulieu Road junction with Lyndhurst High Street, passing up the High Street to the Forestry Commission’s Queen’s House and back down again. The parade is expected to reach the High Street at around 2.30pm.

Freedom of the District will confer upon the regiment “… the honour and distinction of marching through the streets of the New Forest District on all ceremonial occasions with swords drawn, bayonets fixed and drums beating, bands playing and colours flying”.

The public is warned of a short period of road closures in Lyndhurst between 14.20 – 15.30 for this event. Details at www.newforest.gov.uk/freedom