You are here: Home / News / Month-Long Crackdown on Drivers Not Wearing Seatbelts is Launched 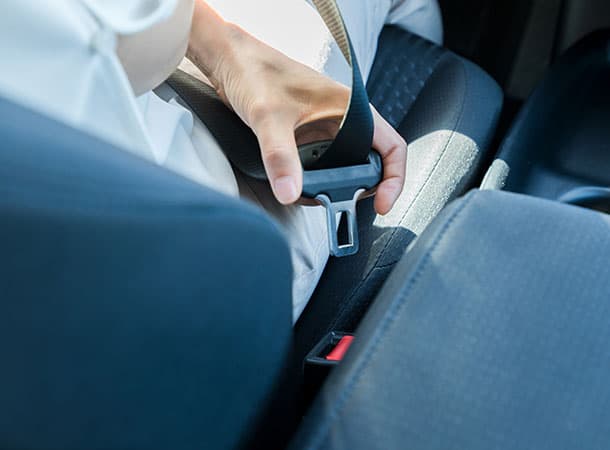 If you are involved in a collision and not wearing a seatbelt, the force you will hit the windscreen is approximately 30 to 60 times your own body weight.

You are also twice as likely to die as those who wear a seatbelt.

This is the stark message our roads policing officers will be communicating as they take part in a national month of action around seatbelt education and enforcement.

From Monday, 24th May until Sunday, 13th June 2021, the Joint Operations Unit (JOU) of Hampshire Constabulary and Thames Valley Police will be supporting the National Police Chiefs’ Council seatbelt campaign.

It will see officers highlighting the dangers of not wearing a seatbelt – and from May 31st, carrying out dedicated operations targeting those who fail to wear a seatbelt despite the clear dangers.

From January 2010 to December 2020, 86 people died in Hampshire and Thames Valley after not wearing a seatbelt while involved in a collision – more than one death every two months.

Sgt Scott Kerr, Road Safety Sergeant for Hampshire and Thames Valley Police, said: “Our message is clear: wear a seatbelt. It means you will be twice as likely to survive a serious collision as someone who doesn’t.

“We know the vast majority of people do wear their seatbelts, but sadly we still come across people who decide to risk their lives and others by travelling in a vehicle without wearing a seatbelt.

“We do not want people to become complacent in the belief they’ll never be in a collision – we see enough incidents on our roads to know this is not the case.

“Even if you are just driving locally and at a low speed, that is no guarantee that you will not be involved in a collision.

“And aside from the risk to your life, not wearing a seatbelt is a motoring offence. It is not worth the risk.”

Last year in Hampshire and Thames Valley, 1267 people were prosecuted for seatbelt offences.

As well as taking action against people breaking the law, our officers will also be checking child seats to make sure they are compliant, fit for purpose and fitted correctly.

Sgt Kerr added: “Children are very precious cargo – which is why it is so important we make sure car seats are keeping them safe.

“Not having a properly fitted child car seat can increase the risk of children being injured or killed on our roads. Get yours checked by an approved fitter if you are in any doubt.”

This month of action aims to help reduce serious and fatal collisions.

It also supports the JOU’s Fatal Four message, which focuses on reducing the four main contributors to deaths on our roads: not wearing seatbelts, inappropriate speed, drink and drugs and using electronic devices while driving.

You can view the short film warning of the dangers of not wearing a seatbelt here: https://youtu.be/cu-ZqitWRF8