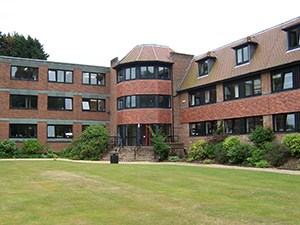 The future of planning and development in the New Forest looks more secure after the Inspector appointed by the Secretary of State approved New Forest District Council’s Local Plan as ‘sound’ and recommended it be brought into effect.

The Local Plan Part 2: Sites and Development Management, includes detailed proposals for housing and employment development, town centre proposals, open space and recreational proposals and other planning policies to control and manage development throughout the area with which the council deals through to 2026. It does not include the New Forest National Park.  The full Local Plan, including site specific proposals, can be found in the Latest Planning News section of the council’s website www.newforest.gov.uk/planning.

The Council’s Cabinet is considering the plan and Inspector’s report on 2 April and is being recommended to ask the full Council to formally adopt the plan on 14 April.

The Local Plan was submitted by the council to the Secretary of State in July 2012, to be considered at Public Examination, which lasted until March 2014. The Inspector has now concluded his inspection and recommended that, subject to some changes discussed at the examination and some other detailed wording changes, the Local Plan be adopted. If the council adopts the plan then it will immediately become the second part of the council’s statutory development plan, replacing the previous Local Plan. The first part was provided by the New Forest District (outside the National Park) Core Strategy which was adopted in October 2009.

The plan is designed to manage change for the benefit of the community. A key priority is to provide job and housing opportunities for local people, so the plan includes identification of specific sites for new development. In total around 880 new homes – mostly for affordable housing for local people – are proposed to be built, with the main allocations being on the edge of Totton, Marchwood, Lymington, New Milton, Ringwood and Fordingbridge. Land has also been identified for employment development to help the district’s economy on the edge of Totton, New Milton and Ringwood.

During the preparation of the plan the public was extensively consulted on the proposals. The Inspector considered all of the representations made on the plan by all parties and took these views into account in producing his final report and recommendations.

Councillor Paul Vickers, New Forest District Council’s portfolio holder for planning and transportation said: “I am delighted that this Plan can now be adopted and guide the future planning in this special area to the overall benefit of those that live and work here. In particular, because the Plan is site specific, it avoids speculation on where development can take place. We will be the first of the Hampshire local authorities to be in this fortunate position of having our full new local plan adopted.”