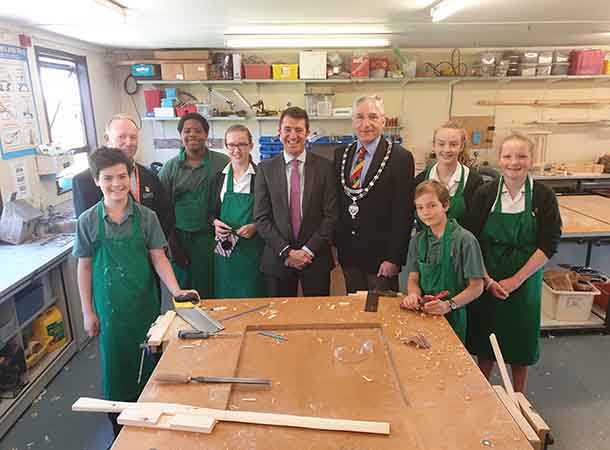 Fordingbridge Mayor, Paul Anstey and Councillor Brian Perkins were invited for a private tour of Forres Sandle Manor school, where they were welcomed by Mr Jody Wells who has been  the Deputy Headmaster for the past eight years, but will shortly take over the formal role of Headmaster.

Mayor Anstey paid thanks to Mr Wells and the staff for showing him around the school and commented on how talented the students were who presented a special performance to them showcasing art, drama and music.

Mayor Anstey observed how happy the  children appeared to be stating  “all those very happy children,  always a good sign.

From all the schools I have attended or visited, if the children are happy the school has to be getting it right”.