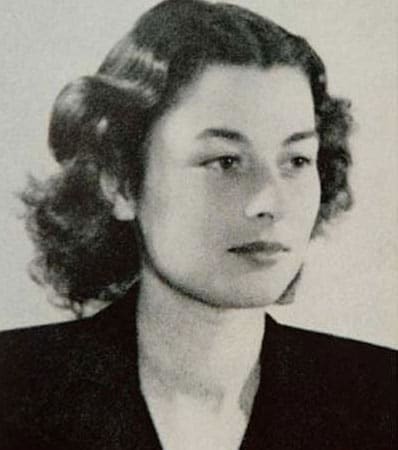 Last Tuesday evening, Fordingbridge Rotary was joined by members of Verwood Rotary, via the medium of Zoom, of course.

They were treated to a very interesting talk by regular speaker, Jeremy Prescott, who delivered a presentation on Violette Szabo and how she was awarded the George Cross posthumously, having been executed by the Germans, at Ravensbruck Concentration Camp, in early 1945.

Rotarians heard all about her life as a child and how she married before being sent off to France as an agent, being part of the SOE (Special Operations Executive).

Previously to that, she had joined the Women’s Land Army and the Auxiliary Territorial Service (ATS).

Once she had joined the SOE, she underwent concentrated highly focussed arduous training and several missions before capture in Nazi-occupied France and interrogation.

She became the second woman to be awarded the George Cross, bestowed posthumously in December 1946.

She was the subject of the novel and film “Carve her name with pride”, which was later turned into a film in 1958