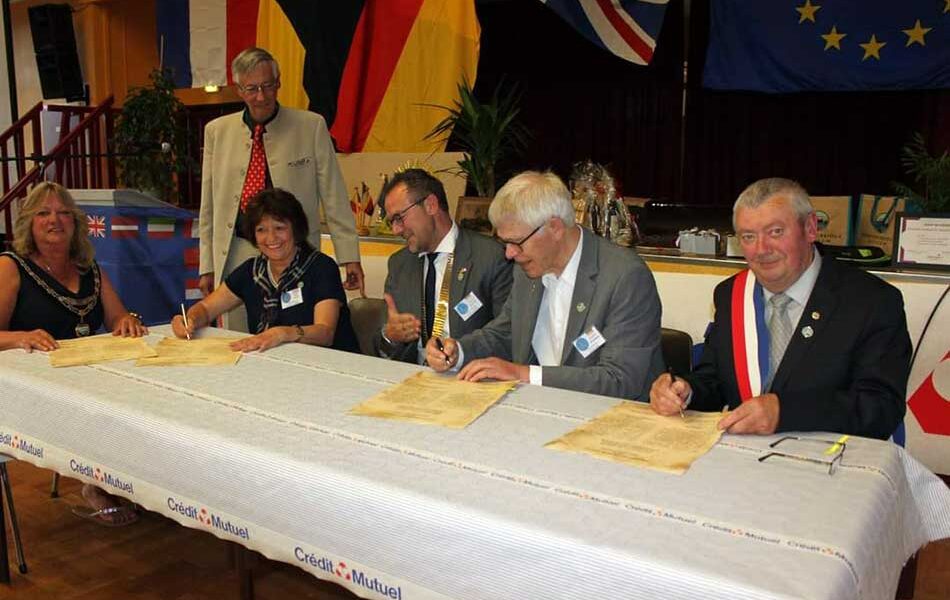 Last Friday evening, 1 July, saw the celebration of 40 years of the Twinning of Fordingbridge with Vimoutiers in Normandy. During the visit to Vimoutiers by some 40 visitors from Fordingbridge, including 20 members of Fordingbridge Rotary Club, an updated Charter of Friendship was signed by the respective mayors of each town.

Celebrations began with a video conference between Burgate School in Fordingbridge and the College Hée-Fergant in Vimoutiers, where environmental concerns and actions were discussed and interesting ideas to manage food waste and recycling were exchanged.

A huge collection of milk bottle tops was presented by Fordingbridge Greener Living to add to the weight of bottle tops collected in Vimoutiers for a charity which recycles them into equipment for people in need.

The visitors were treated to excursions to a local cider and calvados producer and to a Camembert cheese factory with the celebrations culminating in an anniversary party where there was a delicious meal and dancing to live music by the well-known French rock band ‘Willy and the Conquerors’!

The evening was rounded off with the lighting of candles on a Union Jack shaped birthday cake!