You are here: Home / News / Don’t be a Victim: Simple steps to get safe online 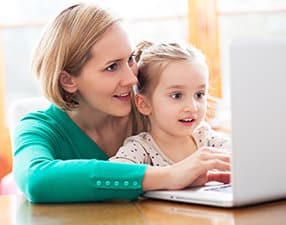 Get Safe Online, the public private joint internet safety initiative, today revealed both the financial and the emotional cost of cybercrime.

In a specially commissioned poll for Get Safe Online Week (20th-26th October), half (50 per cent) of those who said they were a victim of cybercrime (including online fraud or cases resulting in economic loss; I.D. theft; hacking or deliberate distribution of viruses; and online abuse) said they felt either ‘very’ or ‘extremely violated’ by their ordeal.

Separate figures, prepared by the National Fraud Intelligence Bureau (NFIB) for Get Safe Online Week, give an indication to the sheer scale of online crime, with over £670 million lost nationwide to the top ten internet-enabled frauds reported between 1st September 2013 and 31st August 2014. The £670 million number comes from reports of fraud, calculated when the first contact to victims was via an online function.

However, as a significant number of internet-enabled fraud cases still go unreported the true economic cost to the UK is likely to be significantly higher.

The Get Safe Online survey also revealed that over half (53 per cent) of the population now sees online crimes as seriously as ‘physical world’ crimes, destroying the notion that online crime is ‘faceless’ and less important than other crimes. As a result, more cybercrime victims (54 per cent) wish to unmask a perpetrator but only 14 per cent succeeded.

Over half (51 per cent) of those surveyed for Get Safe Online have been a victim of online crime although only 32 per cent of these reported the crime. Around half (47 per cent) of victims did not know who to report an online crime to, although this figure is expected to drop through the on-going work of Action Fraud, the UK’s national fraud reporting centre, and the considerable Government resources now dedicated to fighting cybercrime.

On a positive note, the victims in the Get Safe Online poll said that their experiences have shocked them into changing their behaviour for the better, with nearly half (45 per cent) opting for stronger passwords and 42 per cent being extra vigilant when shopping online. Over a third (37 per cent) always log out of accounts when they go offline and nearly a fifth (18 per cent) have changed their security settings on their social media accounts.

But, in stark contrast, most people still don’t have the most basic protection. More than half (54 per cent) of mobile phone users and around a third (37 per cent) of laptop owners do not have a password or PIN number for their device. That figure rises to over half (59 per cent) for PC users and two thirds (67 per cent) of tablet owners.

•    PUT A PIN ON IT: Whether it’s a phone, website or a social media account, your first line of defence is a PIN or password. Never use the same password, make sure it is hard to guess (don’t use your pet’s name, your birthday or your favourite football team) and never share your passwords with anyone. Cyber Streetwise released new Government guidance on making strong passwords using three words or more last week.

•    BE SOFTWARE SAVVY: Protect all your devices with anti-virus software and make sure you regularly install updates to any programs or apps, as they often include improved security settings.

•    KEEP IT PRIVATE: Check the privacy settings on all of your social media accounts so that only the people you want to share your information with can see it.

•    SECURE THE WIFI: Make sure your home WiFi is protected with a strong password that only you and your family know. When out and about never use a hotspot that may be unsecured, especially when what you’re doing is personal or private.

•    LOOK FOR THE PADLOCK: When shopping or banking online always check there is a padlock symbol in the web browser window when you have logged in or registered, and that the web address begins with ‘https://’. The ‘s’ stands for ‘secure’.

•    BID SMARTLY: When using an auction site, make sure you never transfer any money directly to a bank account or hand over any personal details.  If you’re thinking of making a big purchase like a car, or finding somewhere to live, always make sure it exists and is genuine.

•    POST IN HASTE, REPENT AT LEISURE: What goes online stays online so never say anything that could hurt, anger or endanger yourself or someone else.

•    MANAGE YOUR MESSAGES: Never open or forward a suspicious looking email, or respond to a social media message from someone you don’t know.