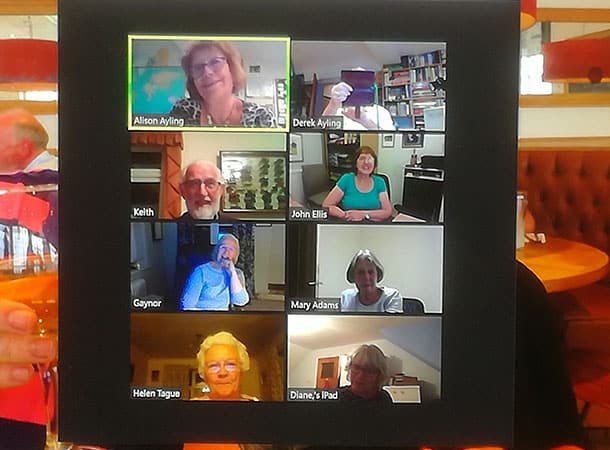 Like a lot of other associations and societies, Fordingbridge Twinning Association has been unable to have its usual meetings, events and fund-raising this year.

Instead, it has had its now obligatory “Zoom meeting”.

The current committee members (pictured) all agreed to continue in their posts.

All members were thanked, all behind the scenes of course!

Although it is difficult to make plans under the present conditions, the committee remains optimistic for next year, and hopes to run all the events that were planned for this year, including: the Murder Mystery evening, the Boules, a cream tea, and of course, the annual “piece de resistance”, the annual “Soiree Musicale”, featuring the fantastic “Blue Tides”.

Most importantly, the Association will want to celebrate its 40th anniversary of twinning with Vimoutiers, which will be held in France next Summer, July probably.

This will be a very special event and it is hoped that as many twinning members as possible will attend this long weekend in Normandy.

It will be a big (and highly enjoyable) party indeed!